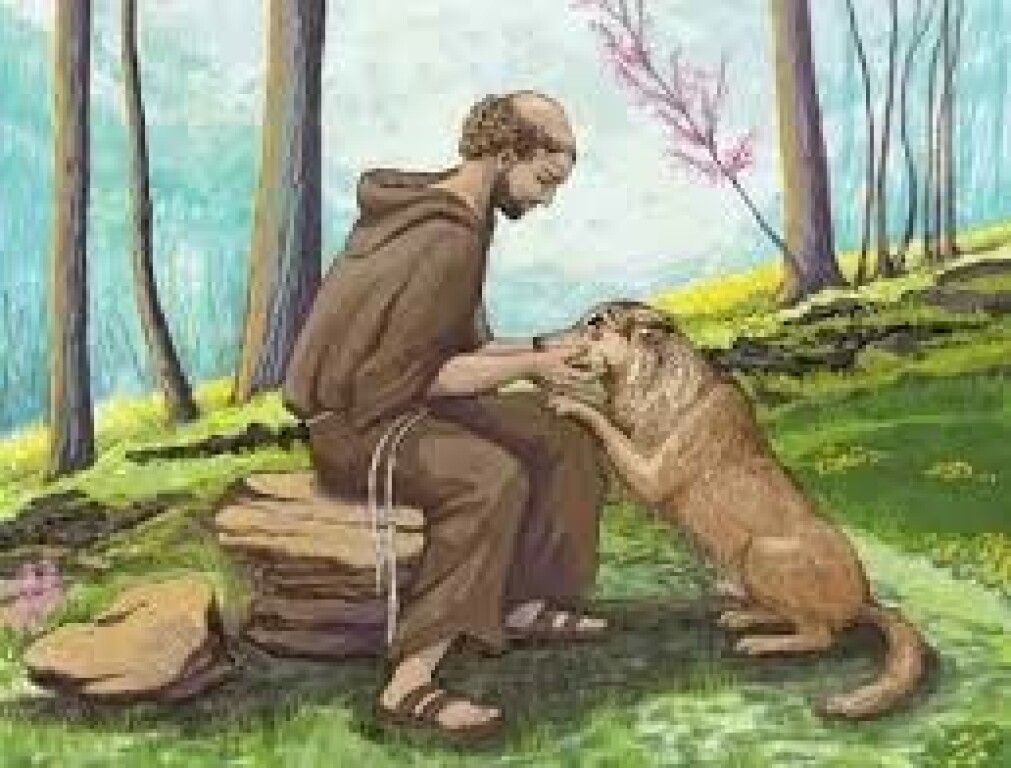 October 4th -- It is the Feast of St. Francis of Assisi, and the final day of the Season of Creation!  But does that mean the Season ends today? Several colorful autumn leaves have appeared on the trees and “Poof”, the season of summer is over!  We dare not even think that Creation is over too! That certainly has not been the message given in these five articles but rather a wake-up call.  The real point is, “How can we live as “co-creators-with-God” of our world and continue the wondrous evolution of creation full of beauty and growth and not become agents of destruction!” The picture of St. Francis to the left with the wolf of Gubbio holds a timely message with which to finish these articles.

The story is told of a dangerous wolf who terrified the people of the village, killing their chickens and ravaging the wildlife all around.  Francis heard about it and went there cautiously approaching the growling wolf. His gentle demeanor seemed to calm the animal and Francis asked him why he was so angry.  Listening carefully, he realized that the wolf was extremely hungry, finding little to eat.  Francis made a bargain with him and convinced the people to put food out daily for the animal. (And they all lived happily ever after!)

Whether fact or fiction, the message is not simply a fairy tale, but rather Francis shows us that the means of attentive dialogue, listening to all sides of a problem, is a way of bringing transformation, conversion and peace. The balance needed for healing our planet and its people requires attention to the agents of destruction and the cries being made, whether they be initiated by fire, wind, or humans bemoaning injustices of any kind.

In the New Story of Creation that scientists have elucidated for decades, we have seen that our universe has been evolving for 14 billion years.  It’s an extremely intricate and balanced system in which stars, galaxies, planets, our earth, its continents, species of plant,

animal and humans have been altering bit by bit for millennium.  Right now we are in a tremendous shift in human consciousness and the gifts of the human mind and its potential are only beginning to be discovered.   We have only to observe children in school today to know that the first grade is not what it used to be. What will we look like in future ages considering the explosive tech age we live in now?  Already we have robots helping us in the super market.  Who knows!?!

SCRIPTURE passages about the creation of the world are based on the understanding of the writers of those times. (Was there only 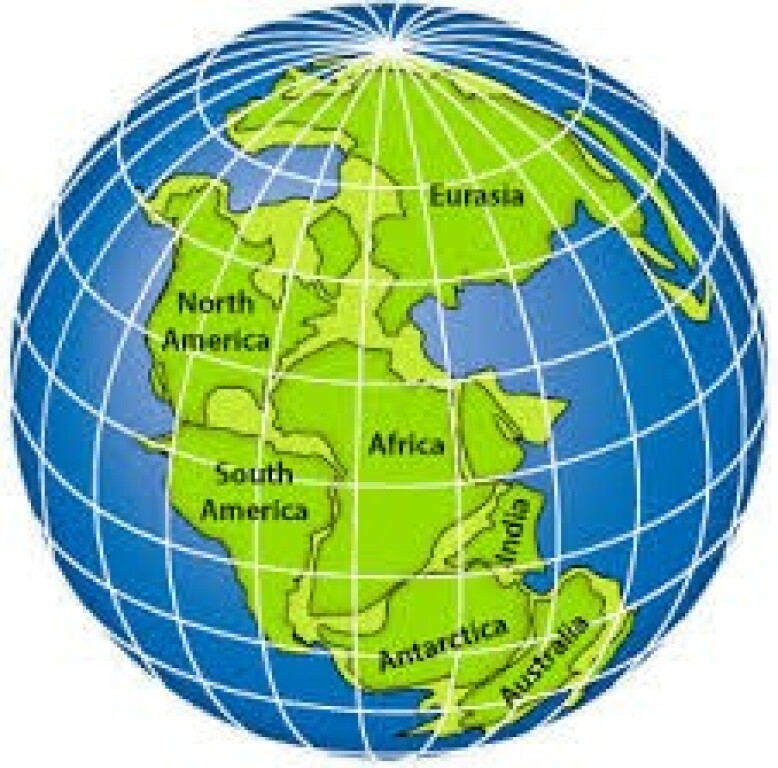 one continent which some scientisits now call Pangea and what does ancestry.com say about my forebears?) Even Jesus, in his humanity, spoke from the perspective of a very limited notion of earth’s geography. Inspiration was based not on scientific facts but knowledge and experience of the love of our God who delights in everything and everyone.  SAINT PAUL wrote:  “For we know that the whole creation groans and suffers the pains of childbirth together until now… even we ourselves groan inwardly.”(Rom 8:22). ELIZABETH JOHNSON, theologian, writes: “A flourishing humanity on a thriving Earth in an evolving universe, all together filled with the glory of God – such is the vision to which we are called.” POPE FRANCIS writing in Laudato Si beautifully elucidates this vision calling us to care for and heal our planet.

Pray. Take a moment with the selections below. Read slowly as much or as little as you want.

Note what strikes you. Listen with your heart, respond as you are able. Pray.

How can we look at the destructive forces in our lives and world today and face them as St. Francis did the wolf of Gubbio?

(Thank you for taking the time each week to read and reflect on these articles.  Sr. Jeanette)

Canticle of Creatures by Simon Voil